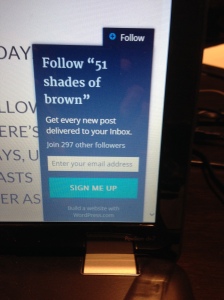 Anushreepoojarachanaprasannakumaran had studied every medical textbook, memorized virtually all groundbreaking medical research papers, and watched each archive episode of all medical television dramas ever produced. But nothing could prepare her for this.
Nothing.
The observation gallery from above the operating room was overflowing with renowned physicians from around the globe. A seemingly infinite number of cameras were directed below so that this healthcare landmark could be broadcast live to a starving international viewership. In this one moment, Anushreepoojarachanaprasannakumaran felt simultaneously grateful to be participating in such a historic medical milestone, yet she also felt overwhelmed by the gravity of the proceedings. Sri-Sheshadariprativadibayankaram lay supine on the operating table in front of her. The stern chief surgeon placed the Brown Knight’s pointer finger in a pulse-oximetry probe to monitor his oxygen levels. EEG brainwave wires were attached to his temples, EKG cardiac leads were stuck to his chest, and temperature probes adhered to every part of his immaculate, glistening frame that had been coated earlier with coconut oil. The Brown Knight had submitted his own body for medical testing at the hands of the Indian Intelligence Bureau in order to define the bounds of torture tolerance from enemy combatants seeking to extract state secrets from captured spies, with the intention of detecting vulnerabilities in IIB training protocols. His cool, stoic demeanor was merely a reflection of his legendary physiology and a product of his superhuman exercise regimen. A crowd of doctors and medical students gathered around the nude Sri-Sheshadariprativadibayankaram and prepared for the event by chanting a prayer for his safety.

As the clock struck noon, the smothering silence was only broken by the methodical beeping from the telemetry monitor that declared his robotic pulse of 45 to the entire audience.

One by one, students were summoned to submit India’s hero to noxious stimuli and record his body’s response for future generations.

The first student hesitated but was prompted by the chief surgeon to deliver over 600 Joules of current to the Brown Knight’s chest via defibrillator paddles.

Not even a response from Sri-Sheshadariprativadibayankaram.

The next two trembling students were called to step forward with trepidation. The students, visibly shaken by the chief surgeon’s glare goading them to proceed, simultaneously pinched & ferociously twisted both of Sri-Sheshadariprativadibayankaram’s mocha-colored nipples with contralateral directionality [the left nipple twisted counter-clockwise while the right nipple twisted clockwise] while forcefully tugging on the two ends of his magnificent, oily signature mustache.

Still no difference, not even for a millisecond.

A defiant smile on the Brown Knight’s face further antagonized the skeptical chief surgeon, the lone naysayer in the international medical community who had heretically claimed that Sri-Sheshadariprativadibayankaram was just an ordinary person, bound by laws and limitations of human physiology.

The enraged chief surgeon screamed for the fourth student to step forward. The student approached the Brown Knight, and raised the 500 cc beaker slowly into the air, but then paused, only to break down crying under the pressure of potentially bringing pain to his idol. The unhinged chief surgeon charged towards the insubordinate trainee, violently grabbed the beaker, and poured scalding hot coconut oil all over the body of Sri-Sheshadariprativadibayankaram.

Yet still, unbelievably, against all odds, there was not even a modicum of a response evoked by this action.

The gallery erupted in thunderous applause as the telemetry monitor bellowed a methodical 45 heartbeats per minute. A perfect, beautiful sinus rhythm. No change in any of his vital signs. Normal blood pressure. 117% oxygen saturation. A veritable medical marvel never before seen within the annals of medicine.
But the jubilant audience suddenly became overcome by stunned silence. The accelerating telemetry beeping felt like it was the only sound in the world. The gasping doctors were astounded as the Brown Knight’s pulse rose to the rate of 69 beats per minute.

What could have prompted this unexpected response?

How had the celebrated specimen become stimulated?

It was at this moment that the thunderstruck international spectators realized that Sri-Sheshadariprativadibayankaram was devilishly smiling and staring right at Anushreepoojarachanaprasannakumaran. His arousal was evident for all to see.
Oh, the glory of the spectacle!
The flustered anesthesiologist exclaimed “DOCTOR! THE TEMPERATURE READINGS FROM THE PUBIC AREA ARE…ARE…ARE….I HAVE NEVER BEFORE SEEN READINGS LIKE THESE!” amid the scrum of doctors scrambling in a frenzy amongst the medical equipment within the chamber. The defeated chief surgeon, confused by the wonder of this true extraterrestrial outlier, wiped away waves of tears cresting over his lower eyelids while asking “What….what is your secret, Sri-Sheshadariprativadibayankaram?”

Without breaking his piercing stare at Anushreepoojarachanaprasannakumaran, the Brown Knight whispered “Coconut oil”…