51 Shades of Brown, Volume I: The Coconut Oil Diaries

“Every generation of women requires a sexual touchstone. A hero. Enter Sri-Sheshadariprativadibayankaram. A hero rises.”

51 Shades of Brown, Excerpt #1 [Chapter 3]
They stood in the kitchen, both Chaluakka and Sri-Sheshadariprativadibayankaram, in a moment of silence.

Thinking about all the thoughts they had left unsaid, all the desires they had still left undone.

Beads of perspiration rolled down their foreheads.

Was it youthful anxiety?

“We have rolling electricity blackouts in this part of India” offered Chaluakka, who now felt compelled to turn back to the counter and continue kneading the roti dough.

Suddenly she stopped, feeling his hands on top of hers. The corners of her lips turned upwards as she realized both sets of eyes were fixed on the rolling pin that beckoned from the kitchen counter… 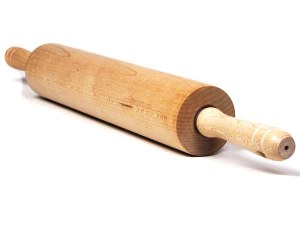 The sweltering heat and the smothering Indian traffic.

The autorickshaw hadn’t budged for nearly 25 agonizing minutes, and Sri-Sheshadariprativadibayankaram’s thigh undulated against her as the vibrating motor whirred in idle. She escaped from the vehicle and briskly walked a few paces to overlook the edge of the bridge.

From there she stared in a trance at the fertile banks of the holy Ganges River. The glistening dark brown soil on the riverbank appeared to moisten before her own eyes. The sound of the whipping water almost consumed her; she barely noticed the warm breath of Sri-Sheshadariprativadibayankaram against the back of her neck.

She then shifted her longing gaze towards the vibrating rickshaw exhaust pipe.

At that same moment, they both noticed the hotel that beckoned only 100 meters from where they stood.

Was it a mirage?

Without saying a word, they ran together, hand-in-hand, towards the oasis of pleasure…

Every crevice in her body reverberated with each musical note projecting from the sitar she was playing, as Sri-Sheshadariprativadibayankaram offered instructions from behind her. His hands probed her fingers as they slid along the sitar strings. Her pulse seemed to synchronize with the music that was approaching a crescendo.

Just then, she noticed the coconut oil that was dribbling off his thick lustrous mustache onto her ears, like ghee gliding off steaming-hot idli, while he continued to relentlessly whisper to her.

Suddenly it occurred to her that no other students remained in the chamber, which echoed the melody back towards her and seemed to envelope her entire body.

Slowly, she turned around to face him…