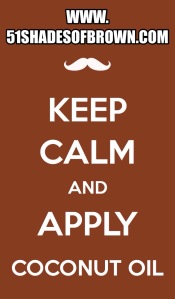 Spread the word about www.51shadesofbrown.com to everyone that you know! Click on “FOLLOW” at the very bottom of this page and follow @drpablopistola for tweets about updates as well as his thoughts about basketball, politics, and #SexyTime.

This site keeps hitting new milestones. As you can see, most people like to read excerpts at night time, smack-dab in the middle of #SexyTime! 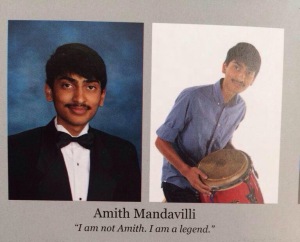 I’m so proud that my Indian romance satire helped instill confidence in so many young brown men. #BrownIs Beautiful 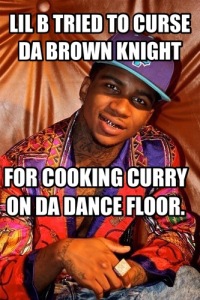 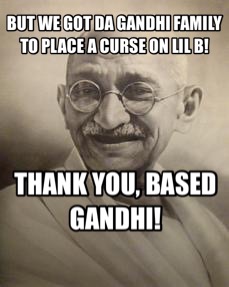 Lil B (@LILBTHEBASEDGOD) cursed da #BrownKnight for cooking curry on da dance floor. But we got da Gandhi family to place a curse on Lil B! Thank you Based Gandhi! 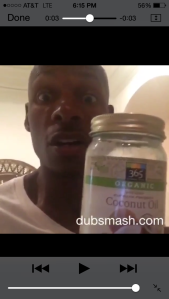 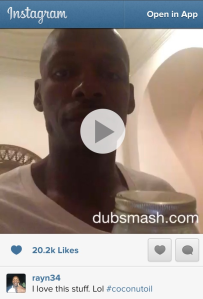 YES!!! Ray Allen [2 time NBA champion] read my excerpts at www.51shadesofbrown.com and he now has #CoconutOilFever. See his feelings about coconut oil by clicking on the following link to see his Instagram video: https://instagram.com/p/3P0puoAZX2/ 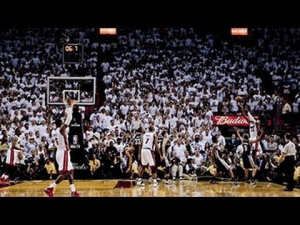 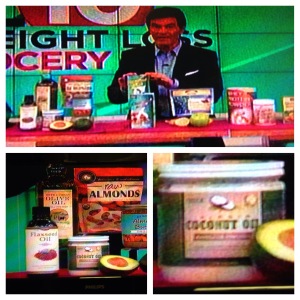 We all know Dr. Oz is a quack. But he got one thing right when he endorsed the powers of coconut oil for romance!

And now…time for the newest excerpt…

The gentle breeze should have had the usual soothing effect on her. Yet she found herself consumed by panic and fear.

This had been a getaway weekend she had long anticipated. 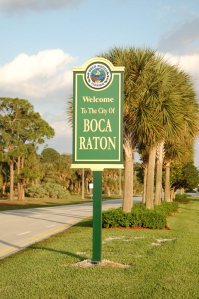 Her childhood city offered unending luxuries including manicured lawns, pink buildings, demented retirees, posh shopping at Mizner Park, flamingos, and multiple synagogues located within a manageable walking distance. But every once in a while she liked to toss her curly hair and escape her strict Jewish upbringing by indulging herself with a hedonistic escape to Miami Beach, a lawless hellscape of drug kingpins, bath salt abusers, and corrupt FIFA officials.

After all, all a conservative girl needs is a bit of anarchy to get the juices flowing!

This time she convinced her ultra-orthodox Jewish boyfriend to join her at the Ultra Music Festival despite the objections of both sets of parents. She wanted to have the time of her life, frolicking with glow sticks and losing herself in the techno music. 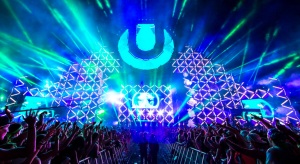 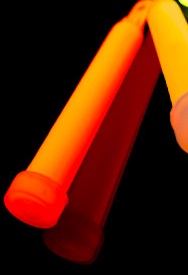 Instead, her boyfriend had erupted and menacingly chased her to the street near the event entrance.

Thoughts raced through her mind.

Why had he become so angry with me? What had I done?! Was he upset that I spent 5 dollars on a can of soda?! Was his mother miffed that I didn’t call her as often as she demanded? 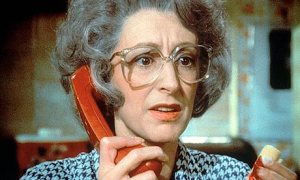 Did he hate my Hanukkah gift of a hand-carved antique wooden dreidel imported from Petah Tikva, Israel? 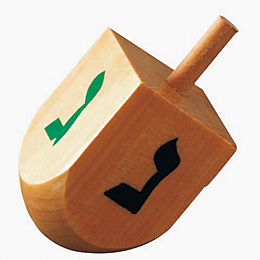 Did I piss him off when I teased him for choosing not to wear a Miami Heat yarmulke to the rave like all the other good Jewish guys had done? 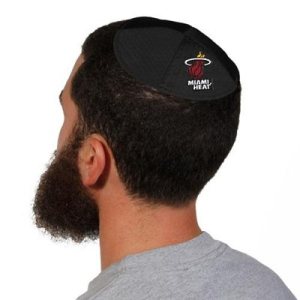 Could this have been an unanticipated reaction after he had popped 4 pills of ecstasy for the very first time?! 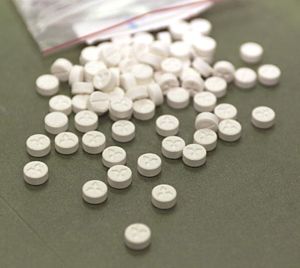 Had he disapproved of my traditional Horah Jewish dance in the mosh pit during the house music performance?! 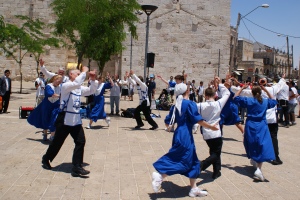 As he rapidly advanced to her position on the curb, Shoshana Shifra Tirzah Kefira Yonina Yedida Abramowicz-Bergmannstein frantically thumbed her phone’s Uber app and selected the closest transportation service vehicle. 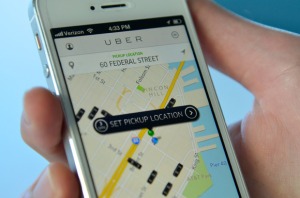 In an instant, she heard the sound of screeching tires and a revved up engine as a Maruti sedan car pulled up by her. 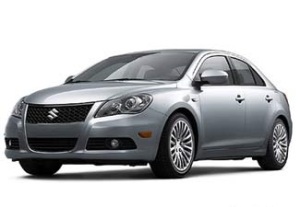 With haste, she hopped into the taxi, slammed the door shut while pressing the door lock button, and shrieked “Just drive me the hell away from him! HURRY!”

The vehicle sped away just as her rabid boyfriend started to claw at her window and foam at the mouth.

Suddenly it dawned on her. She was single yet again. Alone in this cold, dangerous world, without a chivalrous hero to protect her and valiantly defend her integrity.

She began to sob.

“He shouldn’t treat you that way” offered the Uber driver. “You are a divine gem, and you deserve to be treated like a Jewish American Princess.”

The Uber driver repositioned his rear view mirror to bring his piercing eyes and magnificent lustrous mustache into sudden view. “Just relax and think about what might have happened immediately before he became provoked…Recreate the events in your mind…Tell me everything about yourself, including how you like to make love.”

“But…what’s your name?” she timidly inquired.

“How should I pronounce your name?” asked Shoshana Shifra Tirzah Kefira Yonina Yedida Abramowicz-Bergmannstein, ostensibly flummoxed by the complexity of his Indian name.

Of course! When you break down the Brown Knight’s name syllable by syllable, it’s super easy to say!

She had never felt so at ease with a complete stranger. There was something about his masculine voice with a thick Indian accent and the potent aroma of curry marinating in the car.

She started her life story of an initial country club lifestyle, followed by her teenage Jewish gang-related activity stage when she suffered the indignity of dodging bullets throughout the mean streets of Boca Raton while living on the wrong side to the tracks. Her lengthy autobiography ultimately culminated in her realization that, while she was at the Ultra Music Festival, she had decided to take a break by nibbling on some matzah and reading a book about how coconut oil is the key to women’s liberation due to the lubricant’s potent aphrodisiac properties. 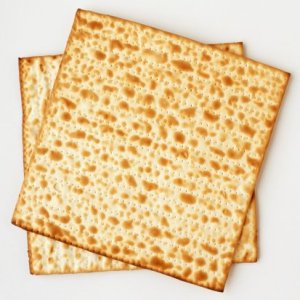 “Now that I think about it, my boyfriend has always been a staunch opponent of female empowerment. In fact, as soon as he saw what I was reading, he kicked the book out of my hands and started screaming at me.”

The tenor of her interaction with the Uber driver immediately changed. “He did what?!” he asked with the intensity of an agitated bull.

“He…kicked the book” she repeated.

Sri-Sheshadariprativadibayankaram suddenly slammed on the brakes while masterfully completing a U-turn of the vehicle while maintaining his incredible speed. With purpose, he weaved through South Florida traffic, narrowly avoiding collisions with multiple senior citizens blindly driving large cars careening out of control as usual, and finally arrived back at the precise location he had picked up his damsel in distress.

As they approached the curbside, her seething and profusely perspiring ex-boyfriend still stood in the same spot while maniacally waving glow sticks around his body as though he were an airport traffic controller swinging his light signals. 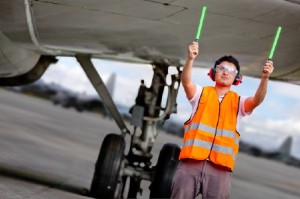 The car screeched to a halt right in front of him, and Sri-Sheshadariprativadibayankaram pushed  a button on the car’s control panel console to eject himself from his vehicle through his sunroof and precisely land on the sidewalk beside the villain.

The Brown Knight stared at his adversary and sneered “Never threaten the sanctity of mankind’s source of knowledge by allowing your foot to touch a book. Never.”

In an instant, the Sri-Sheshadariprativadibayankaram apprehended her ex-boyfriend, inflicted a deep wedgie upon him, and then delivered an embarrassing deep noogie. 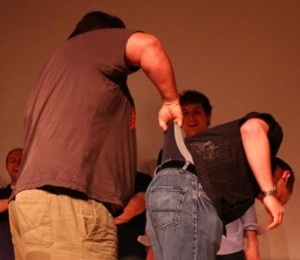 Shoshana Shifra Tirzah Kefira Yonina Yedida Abramowicz-Bergmannstein couldn’t believe what she was witnessing from the backseat. The Brown Knight moved with agility of a pedestrian in New York City avoiding the minefield of dog excrement on sidewalks. She thought to herself “It’s alright, it’s alright, it’s alright…Sri moves in mysterious ways.”

After her belittled ex-boyfriend was left on the ground in the fetal position weeping in humiliation, her Indian hero returned to his driver’s seat and took control of not only the vehicle, but also her heart and womb. This Indian specimen with a shimmering, coconut oil-coated mustache was the sexiest man she had ever encountered.

She felt compelled to say something to continue this sensual conversation with her savior. “Your Maruti car….is…so sleek. I love it.”

The Brown Knight offered a wry smile through the rear view mirror and uttered “I call it my Brownmobile, bae.”

His way with words kindled her rampant desire for his touch. She began to moan and gently use her fingers to trace the contours of her inner thighs through her modest ankle-length skirt. 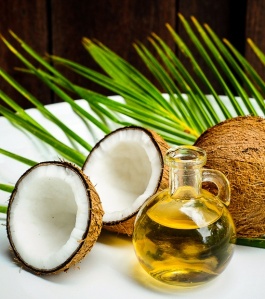 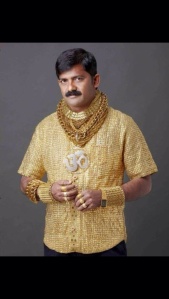 Scroll down to read all 35 prior excerpts! Click on “FOLLOW” all the way at the bottom of this page. You can follow the author on Twitter (@drpablopistola) and read more about his twerking background by clicking on the following link: https://51shadesofbrown.wordpress.com/about/ 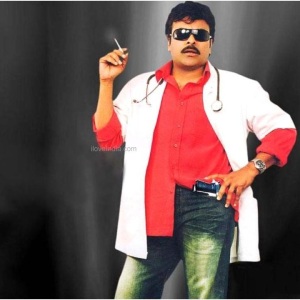