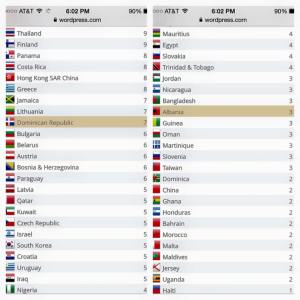 After this site surpassed the 10,000 view mark by my growing number of international fans, I’ve been targeted by Justin Bieber for my portrayal of him in excerpt #27. But the little punk has backed off after I flexed my muscles at him and his band of merry lawyers. Things have thawed out enough that I unblocked Bieber on twitter and he started following me again. 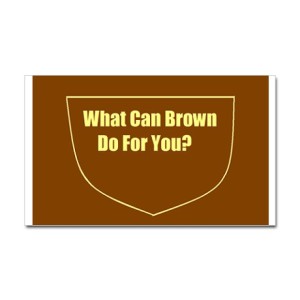 Yes, I heal people on a daily basis, but the true way I save lives is through my Indian romance satire.

Spread the word about http://www.51shadesofbrown.com to everyone you know!!!

Valeska Alexandra Boca Ratón Cordova-de-Sevilla Maria-de-Valeska had never experienced such palpable terror. Moments ago, her rumbling ovaries once again coaxed her into daydreaming about a knight in shining armour who would forcefully clutch her, toss her body over his powerful shoulder, and carry her on horseback to a nearby meadow full of blooming wildflowers coated with fresh morning dew to claim her virginity.

But this daydreaming distracted her from mindfulness of her surroundings. She had been watching this annual tradition in Pamplona, Spain, when an accidental nudge from the crowd of other spectators behind her sent her careening over the guard rail onto the dirt path. 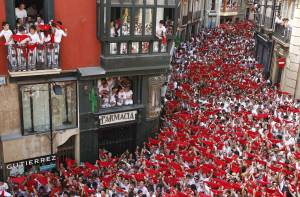 As the dust cloud generated by her fall receded, she noticed several Spanish men, with wispy mustaches befitting of prepubescent teenage boys, frantically running towards her with sheer terror consuming their faces, and with yellowish, brownish moisture soaking the crotch areas on their white uniforms. They sprinted around her, as though she were invisible to their eyes, while she heard several of the so-called men scream “¡Aye, Díos mío!¡Quiero sobrevivir para comer tapas y beber sangria!” [“Oh my God! I want to survive to eat tapas and drink sangria!”] 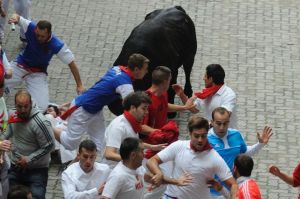 After their trailing dirt cloud settled, a terrifying image came into focus. Less than 10 meters away from Valeska Alexandra Boca Ratón Cordova-de-Sevilla Maria-de-Valeska stood a giant rabid bull with blood-tinged horns. The beast was poised to charge at the damsel in distress, with its foreleg ominously brushing the road below it.

Oh, the sorrow of perishing from this Earth without ever having experienced pleasures of the flesh!

He seemingly appeared out of nowhere to stand erect between her and the threatening animal. His valor and bravery rattled the unsuspecting creature. His pristine white outfit and red cloth tied around his neck served a stark contrast to highlight his dark mocha-colored skin coated with the perfect layer of coconut oil under his prominent body hair tufts. 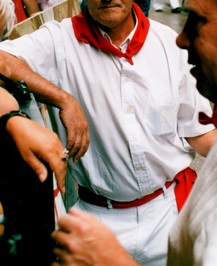 [To learn about the coconut oil application process, please read excerpt #28 below or through the following link: https://51shadesofbrown.wordpress.com/2015/04/03/what-a-week-if-you-werent-following-me-on-twitter-drpablopistola-justin-bieber-and-his-band-of-expensive-lawyers-werent-pleased-with-my-portrayal-of-him-in-excerpt-27-last-friday-so-they-th/%5D

Valeska Alexandra Boca Ratón Cordova-de-Sevilla Maria-de-Valeska had seen paparazzi photos of this international legend in gossip magazines, but in person his mustache appeared even thicker.  She stared in awe at its impressive girth – the fullness that only an Indian man could offer. Oh, the things she would do with those whiskers! The untold pleasures! His glorious lustrous mustache glistened in the sunlight.

More thoughts flew through her mind. “Would he allow me to stroke it and feel my fingers glide around it with the coconut oil lubrication that dripped from the bottom? Does he want to spend the rest of his life with me? Did I apply the appropriate amount of perfume to my neck this morning? Does he notice that I am undressing him with my eyes?”

Jarring reality interrupted her meandering train of thought when the bull let out a vigorous snort with condensation emanating from its giant nostrils. The peril of the circumstance captured the attention of the thousands of nearby spectators.

This was a masculine standoff between two veritable alpha males.

The tenor of this stalemate, however, shifted when the bull sniffed the air and detected the higher concentration of testosterone pumping through Sri-Sheshadariprativadibayankaram’s blood stream. The animal’s blood-shot eyes then focused on Sri-Sheshadariprativadibayankaram’s obvious massive bulge in his crotch. The bull quickly realized that its testicular size was no match when compared to his adversary’s well-endowed genitalia.

The table had been turned!

Sri-Sheshadariprativadibayankaram suddenly belted out a primal scream and charged towards the startled bull, which scurried away in a rapid retreat. She could hear the fading sound of galloping hooves as her savior continued to chase the predator away.

From the mist emerged Sri-Sheshadariprativadibayankaram, who briskly walked towards her with an outstretched arm to help her stand and whispered “Yo seré tu caballero de brillante armadura… Tu Caballero Marrón.” [“I will be your knight in shining armour…Your Brown Knight.”]

Scroll down to read the 28 previous excerpts!

Follow Dr Pablo Pistola [the author] on Twitter [@drpablopistola]. You can read more about his training in romance and seduction at the following link: https://51shadesofbrown.wordpress.com/about/