I’ve had 10,000 views, and counting. Spread the word about http://www.51shadesofbrown.com to everyone, including your mother, grandmothers & neighbors!

Can you believe this little punk?! If Bieber wants a fight, I’ll give him one. He picked the wrong dude to threaten…

This would be the story of a lifetime which would put her on track to inevitably earn a Pulitzer Prize for investigative journalism.

Jayalakshmijayasudhajayaprabhajayavantijaya had worked her way up from the newspaper mailroom to the local New Delhi traffic beat.

But she had grown weary of reporting the same information daily about the horrifying traffic congestion in the great nation of India. She had always dreamed of more. So much more.

But this story, which promised to uncover a mystery that had baffled the entire world, would serve as the springboard for her meteoric rise within the reporting realm.

Everyone had wondered how Sri-Sheshadariprativadibayankaram evenly applied the perfect coating of coconut oil to each square centimeter of his skin and each body hair follicle. Everyone.

And Jayalakshmijayasudhajayaprabhajayavantijaya had been hand-picked by the Brown Knight to let the world behind the curtain of his lubrication process. He had noticed her ground-breaking report that there was traffic in New Delhi during the previous week. He surprisingly reached out to her via telephone to compliment her on her seductive profile photo in the newspaper. She was the chosen one.

She arrived at his isolated summertime residence promptly at 8:00 AM per his instructions. The Brown Knight’s only condition of her exclusive access was that she wore a masquerade mask, which the butler handed to her at the compound entryway. 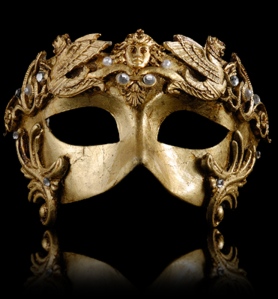 After entering through the large wooden door, she was struck by the compound’s sultry ambience. It took several moments for her eyes to adjust to the dark after entering the cavernous circular chamber. Morning sunbeams gushed into the room from the central skylight, while fire torches mounted on the walls offered the only other light source from the periphery.

As the room came into focus, Jayalakshmijayasudhajayaprabhajayavantijaya noted the Turkish bath motif, with a central marble platform. This would likely serve as his stage. Where she would finally see with her own prying eyes how he obtains his perfect coconut oil sheen. The moment of truth was upon her.

As she had been previously instructed, she sat in the moist gold-plated throne facing the central marble platform.

Suddenly, female voices loudly chanted, which echoed through the chamber and reverberated in all directions. Her head started to spin from disorientation caused by the overwhelming auditory stimulation. Jayalakshmijayasudhajayaprabhajayavantijaya tried to focus on her notebook and pen which she had been using to scribble notes. But the chanting was hypnotic. It methodically relaxed her mind, and she could feel her “good little Indian girl” inhibitions melting away one by one.

Soon the volume of the voices grew louder. She noticed shadows on the far opposite end of the room as four silhouettes split into two pairs walking around the periphery of the room. As the pairs rounded the side of the central platform and slowly walked up the steps to the sunlit platform, the four semi-nude maidens with immaculate physique came into view. Each of the women wore the same masquerade mask as hers. The pairs of women faced each other leaving a central gap between them, all the while continuing to chant in unison.

What a titillating scene!

Then, the chanting stopped.

The shadow of the Brown Knight traveled a direct path from the portal on the far opposite end to the central marble platform. He slowly climbed the marble steps onto the platform and stood facing her in between the four maiden who were positioned around him. As he came into view, she only then noticed that he wore a dark brown cloak. Was he a member of the Illuminati?!

At the center of the platform was a large glass vessel filled to the brim with coconut oil. How would he apply the lubricant? What would happen next?!

Jayalakshmijayasudhajayaprabhajayavantijaya furiously wrote down every detail as quickly as she could despite the distraction of the sensual proceedings unfolding before her own eyes.

Then, Sri-Sheshadariprativadibayankaram peeled off his cloak, which cascaded downward towards his feet, and revealed his nude, hairy body. The sunlight from above bathed his body and highlighted his full, throbbing arousal!

Jayalakshmijayasudhajayaprabhajayavantijaya began to wonder whether or not the condensation on her golden chair was the source of her rapidly moistening clothing.

She sat there thunderstruck, watching this international man of mystery. What a privilege she had been granted. She wanted to pay him back for exposing himself to her, and she decided at this moment that she would insist on doing so after the proceedings.

Then, as a gentle tabla drum beat resonated through the chamber, the four maidens stepped closer towards the Brown Knight, who now held the glistening coconut oil vessel with both hands at the level of his chest. Without a word, the four women kneeled in front of the hero.

Oh, the voyeuristic delight of witnessing this steamy routine!

Jayalakshmijayasudhajayaprabhajayavantijaya had never witnessed women blowing with such enthusiasm and intensity, so much so that their spit dribbled from their mouths. She could watch this forever.

As the four scantily-clad maidens continued to blow air centrally by strenuously exhaling, the Brown Knight lifted the coconut oil vessel above his head and poured the contents downward towards the center of their location.

Jayalakshmijayasudhajayaprabhajayavantijaya had been expecting the coconut oil to splatter on the marble below, but NO! She couldn’t believe her own eyes! The women were blowing so hard that the air current they created suspended the coconut oil in mid-air, as floating droplets shimmered from the penetrating sunlight. They had generated the perfect coconut oil mist.

Sri-Sheshadariprativadibayankaram, still maintaining his maximal arousal, then walked forward with outstretched arms into the central air column of coconut oil and slowly spun around clockwise, then counterclockwise, then clockwise again. The coconut oil droplets coated every part of his hairy body, including his head, his magnificent lustrous bushy mustache, and his five appendages.

Of course! This is how he obtains the perfect coconut oil application!

And he did all of this with a devilish grin plastered on his face, and with his piercing eyes fixed on Jayalakshmijayasudhajayaprabhajayavantijaya when he looked in her direction.

After his body perfectly glistened, the women stopped blowing and proclaimed in synchrony “The Brown Knight’s body has been lubricated!”

Sri-Sheshadariprativadibayankaram walked towards Jayalakshmijayasudhajayaprabhajayavantijaya, maintaining the perfect balance of a cat despite the slippery floor which had already caused two of the kneeling maidens to spectacularly slip on the marble platform. Finally, he arrived in front of her, and just stood before her.

She wondered if he would ask her to blow too! How could she resist?! She prayed that he would extend this invitation as she sat in front of him, completely enamored with his mysterious ways.

He then whispered to her “Don’t hate the player. Hate the coconut oil…”

Please “FOLLOW” at the very bottom of this page, share http://www.51shadesofbrown.com on Twitter/Facebook etc, and follow Dr Pablo Pistola on Twitter (@drpablopistola). You can read about his inspiring life story at the following link: